The V&A Waterfront is a central part of the very beginning of the settlement of the city of Cape Town. In 1654, two years after his arrival in this relatively safe bay at the foot of Table Mountain, Jan van Riebeeck built a small jetty as part of his task to establish a refreshment station at the Cape. Fresh water and fresh produce were provided to the ships of the Dutch East India company on their arduous and lengthy journey to their outposts in Java and Batavia. The sea and the harbour lie at the heart of Cape Town’s history.

In June 1858 serious winter storms, which were a common occurrence, wrecked over 30 vessels. As a consequence, Lloyds of London refused to cover ships spending the winter in Table Bay. On a sunny day in September 17, 1860 Midshipman HRH Prince Alfred, Queen Victoria’s second son, tipped the first load of stone to start construction of the breakwater for Cape Town’s first harbour to make it a safe haven all year round for passing ships.

The discovery of gold and diamonds in South Africa meant that the first section of harbour, the Alfred Basin, was not large enough to accommodate the increased number of ships, and the Victoria Basin was built. The construction of these two harbour basins took place between 1860 and 1920, and this area of the harbour still has an array of outstanding heritage buildings from this era.

In 1938 work was started to reclaim land between the city centre and the harbour, most notably the new Duncan Dock. The Foreshore (230 hectares) made city expansion possible. In the early 20th century South Africa depended mainly on imports for many basic articles in daily use, which explains the importance of the harbour to the people who lived here. 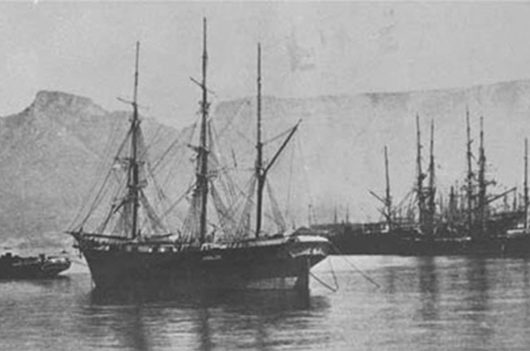 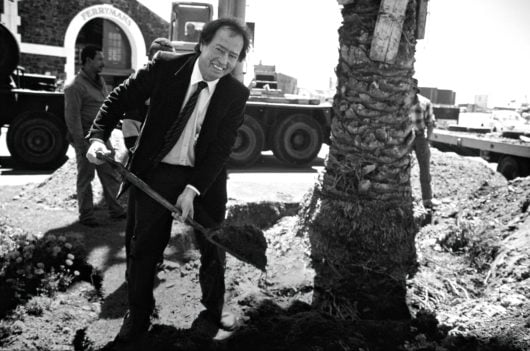 In November 1988, Victoria and Alfred Waterfront (Pty) Ltd (“V&AW”) was established as a wholly-owned subsidiary by Transnet Ltd. Its aim was to redevelop the historic docklands around the Victoria and Alfred Basins as a mixed-use area with a focus on retail, tourism and residential development with a working harbour at its centre.

1860–1920:
Led by the discovery of gold and diamonds in South Africa, construction begins in Cape Town’s working harbour to extend the Alfred Basin to include the Victoria Basin.

The Pierhead Precinct (later renamed the Pierhead District) is added to the V&A Waterfront property. It includes restaurants, taverns, speciality shopping, the V&A Hotel, a theatre, arts and craft market, as well as the National Maritime Museum.

1991–1992:
The Victoria Wharf Shopping Centre opens, following completion of the first section of the retail and entertainment centre.

The UCT Graduate School of Business also opens, and building of the Ulundi parking garage and Portswood Ridge offices commences.

1995–1996:
The Victoria Wharf Shopping Centre extension is completed, and the Table Bay Hotel and Cape Grace Hotel open to the public.

Phase One of the V&A Marina residential development opens.

2003–2006:
The South African head office for BP, extensions to Pick n Pay and Edgars retail space, and Phase Two of the Marina residential development are completed.

The Breakwater parking garage, Dock House Hotel, and the One&Only Hotel open to the public.

The Clock Tower Shopping Centre refurbishment is completed in August, and includes a refreshed retail offering and triple-A office space.

Construction begins on No. 1 Silo, which becomes the head office of Allan Gray.

2012:
A large-scale redevelopment of the Food Court in the Victoria Wharf Shopping Centre is completed.

2013:
Commercial and residential development on No. 1 and No. 2 Silo are completed.

The redeveloped Pick n Pay opens in the Victoria Wharf Shopping Centre. Reconfiguration of the old Pick n Pay space begins, with Cotton On and Mr Price moving in.

Refurbishment of the old Blue Shed Craft Market begins, and is renamed ‘The Watershed’, intended to be the home of African craft and design at the V&A Waterfront.

2014:
The extension of the Two Oceans Aquarium is completed, which includes a new 1.5-million litre seawater tank for larger scale exhibitions at the aquarium.

Construction begins on converting the historical grain silo at the V&A Waterfront into the Zeitz Museum of Contemporary Art Africa (Zeitz MOCAA), which is to be the largest museum of contemporary art from Africa and its diaspora in the past 100 years.

The V&A Waterfront announces the Silo District, a new mixed-use district that will include residential, commercial and retail space.

2015:
Redevelopment of Kings Warehouse within the Victoria Wharf Shopping Centre is completed, making space for two international retailers, Hamleys and H&M, both of which are the first stores in South Africa for the brands.

The V&A Waterfront’s second phase of rental residential units, The Breakwater, is launched.

A multi-use innovation hub, Workshop17, is completed at The Watershed.

The V&A Waterfront is awarded operating rights for the Cape Town Cruise Terminal.

The V&A Waterfront also announces the Canal District, a new mixed-use district on the property, which will be home to the head offices of British American Tobacco Southern Africa and EY.

2016:
The Virgin Africa Classic Health Club, housed in No. 4 Silo, opens to the public.

PwC and Werkmans move into No. 5 Silo in the Silo District.

Further development of the Cape Town Cruise Terminal is announced in November.

2017:
Completion of the Silo District.

After four years of development, Zeitz MOCAA (Museum of Contemporary Art Africa) opened to the public in September 2017.

The Radisson Red Hotel, housed in No. 6 Silo, also opened in September.

Second phase of the Cape Town Cruise Terminal is completed with the addition of reception and waiting areas, baggage handling services and immigration and customs facilities, as well as additional facilities necessary for the comfort of disembarking cruise liner passengers.

Battery Park, a new urban park that forms the gateway to the V&A Waterfront through its Canal District, is opened to the public in November 2018.